Happy Cinco De Mayo - May 5th, 2021 - How to Celebrate Cinco de Mayo in the Classroom 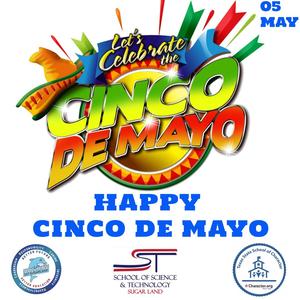 Celebrating this holiday is a fun way to integrate some Mexican culture into your Social Studies and Spanish classroom and gives you an opportunity to break the monotony and plan some great activities for your students.

Before you break out the chips and guac and start party planning, though, let’s look at a little Cinco de Mayo history.

A Little History of Cinco de Mayo…
Let’s clear up one common misconception right away: Cinco de Mayo is not Mexico’s independence day celebration. Mexico celebrates its independence on September 16.
What is being celebrated on the beloved 5th of May, you ask? Well, on May 5, 1862, the French were busting through Mexico with the intention of taking Mexico City but were surprised when the small town of Puebla stopped them in their tracks and gave them a good old-fashioned whoopin’.

While Puebla won that battle against all odds, the French went on to win the war and took Mexico City, but that doesn’t mean Puebla’s valiant effort went unnoticed. We all love a good Cinderella story and so on May 5th, we raise our glasses to the underdog and celebrate like it’s 1862.

This is a good place to start because, well, history. Let’s be honest, a lot of Cinco de Mayo party-goers aren’t really aware of what the holiday represents. I would suggest choosing some interesting facts about the holiday so its meaning isn’t completely lost on your kids. Have your students create a little foldable booklet and then provide a list of facts for them to fill the pages of their book.

Here’s a little cheat sheet of the facts I would suggest including:

1. The original date: May 5, 1862.
2. The celebration’s origin: Puebla, Mexico
3. What happened: A battle in which the Mexicans beat the French.
4. Interesting fact: While Mexico won the battle, France eventually won the war.
5. Something you need to know: It is not Mexico’s independence day.
6. How it is celebrated in Mexico: It is celebrated in Puebla with parades, dancing, food and a big party.
7. How it is celebrated in the U.S.: The world’s largest Cinco de Mayo celebration takes place in Los Angeles, CA.

Tacos are kind of a big deal both in Mexico and in the U.S., so you can’t go wrong with setting up a taco bar for your Cinco de Mayo celebration. A fun way to get kids using food vocabulary and working with verbal fluency is by labeling each taco ingredient.

Ask them to make a list of the ingredients that they used in their tacos and then have a class discussion based on student ability. You can make this as simple or challenging as you need to by asking students to describe with adjectives, compare/contrast and create questions for other classmates.

Here are some simple questions you can ask to facilitate a Spanish discussion:

¿Qué pusiste en tu taco? (What did you put in your taco?)
¿Cuántos estudiantes agregaron aguacate en sus tacos? (How many students put avocado in their tacos?)
¿Cuál es el ingrediente más importante en un taco? (What do you think is the most important ingredient in a taco?)
¿Cuál es tu ingrediente de taco menos favorito? (What is your least favorite taco ingredient?)

Papel Picado is a traditional Mexican art form used in almost all Mexican celebrations. It is a beautiful decoration that is made in the same way that you would make snowflake cutouts. Basically, students will fold tissue paper and make different cuts. When they open up their paper, they should have patterns of symmetrical shapes. Use some string to hang up your decorations to add some festive flair to your classroom.
4. Easy Paper Bag Piñatas
The time needed: 20-30 minutes

A celebration isn’t a true Mexican celebration without a piñata, but have you ever tried making a real piñata? Unless you’re super crafty (and patient), making a piñata the traditional way will have you running to your local party store to buy one that’s already made.

With these easy paper bag piñatas, students will fill their regular brown paper bags and decorate them with tissue paper. Have them glue on fringes and streamers made from different colors of tissue paper. Add a little string to hang them up and you can bust them open in class or allow kids to take them home and make the mess there!


One of the best ways to get your students to acquire new vocabulary is to have them associate the word with a picture in their head. Helping them visualize each word with a picture that makes sense to them sets off all kinds of connections in their brains. Having students make Go Fish! cards and then playing the game with them will have the students learning the vocabulary words in a visual, auditory, and kinesthetic manner.

Students are trying to make as many vocabulary pairs as they can. Play continues until all hands are empty and there are no more cards to draw from. The winner is the player with the most pairs at the end of the game.

You can’t go wrong with picture books. They’re great visual aids for cultural learning and usually introduce new vocabulary words that are relevant to your topic. Here are some great options that talk about Cinco de Mayo and/or Mexican culture.